Published in conjunction with the Property Industry Eye, the Property Market Index analysis the combined movement of on-market activity from Rightmove and Zoopla and provides a retrospective weekly market analysis.

Sales agreed have remained above 72,000 per week for last three weeks.

Fall throughs have remained above 6,000 for last nine weeks.

New instructions coming to market have remained above 50,000 for last 23 weeks.

Withdrawals have remained above 14,000 for last three weeks.

Withdrawn: (Total = 15,059) +4.9% increase when compared to the previous week, with 730 additional properties being withdrawn. Busiest day in this period was Wednesday 4th November when 8,607 properties were withdrawn.

Fallen through: (Total = 7,175) -10% decrease when compared to the previous week, with 760 fewer properties falling through. Busiest day in this period was Wednesday 4th November when 1,983 properties fell through.

Count on market: (Total = 52,824) -9.2% decrease when compared to the previous week, with 5,142 fewer properties being listed. Busiest day in this period was Saturday 31st October when 14,007 properties were registered.

“Right now, sales agreed remain extremely high; withdrawals remain steady, and fall-throughs continue to decline. Conveyancing firms and agents are working flat out, and that deserves a special mention as I am pretty sure there are a lot of long nights being worked right now.“

“The UK property market continues to be full of contradictions. On the one hand, there is great news: houses prices have risen at their fastest annual rate in more than four years at time when the British economy has fallen into the gravest recession on record. The stamp duty initiative has continued to further stoke an already well-established desire for buying and selling in 2020. During what’s been dubbed the ‘race for space’, there has never really been a comparable time like it; a hyper-focused period of time when so many people are collectively scrutinising their living conditions and lifestyle aspirations: property is well and truly on the brain.

This is reflected in the record number of applicants being registered and the levels of stock and sales that have smashed records this year. Right now, sales agreed remain extremely high; withdrawals remain steady, and fall-throughs continue to decline. Conveyancing firms and agents are working flat out, and that deserves a special mention as I am pretty sure there are a lot of long nights being worked right now.

Last week I stated that the proof in overall market confidence would be in the number of new instructions coming to market. So, is the market slowing? Well, that depends on how you look at it, and I suppose this is what I really mean about the market being full of contradictions.

The market is obviously reliant on a resilient economy and consumer confidence. Both of which have taken a massive hit of late. Right now, our economy is seriously facing a ‘double-dip’ recession. Businesses are being severely impacted commercially by lockdown 2.0 and the regional tiering systems. In turn, this threatens job security for millions. It is estimated that 5.5 million jobs are expected to be furloughed in November according to the Bank of England, up from 2 million in October.

The five-month furlough extension and business support measures have undoubtedly helped to bolster the expected downturn in the housing market (especially prices). However, ever-increasing cases of Covid-19, new lockdown restrictions and the threat of unemployment would, even under ‘normal’ circumstances, ring alarm bells for many and signal that maybe now isn’t the most stable period to make a move. Yet, there can be little doubt that the stamp duty initiative has made a huge impact on the number of people deciding to press on.

Even though new instructions have continually dropped over the past three weeks, you’ve got to consider that 52,824 new instructions coming to the market last week is phenomenal for the time of year. It’s even better when you compare it to a seven-day period back in February when the average number of new instructions per-week during the now infamous ‘Boris Bounce’ was around 47,500. In fact, new instructions have remained well above 50,000 per week for the last 23 weeks.

Some industry commentators – including NAEA Propertymark – believe that the government need to act to avoid creating a ‘cliff edge’. When we reach March 2021 and – as it stands right now – both the furlough and stamp duty scheme end, it could be a very bleak time for agents. A recent survey conducted by MoneySuperMarket has suggested that nearly two thirds of prospective buyers are in the market as a result of the holiday, with around 60 percent of those surveyed stating that they would intentionally change their buying plans if the government doesn’t extend the scheme beyond March 2021.

Stimulus is the key takeaway for me this this week, both in the short and long term. In the short term – with the stamp duty deadline fast approaching – these next few weeks are crucial to get as many potential buyers and sellers engaged in the process as possible. Long term, if the industry does find itself staring over the precipice in Q2 of next year, it’s wise to start implementing a stay-in-touch policy with all the clients that you’ve registered during this period as they will be a leading income factor for your business in what could well be a period of ‘slim pickings’ for agents without further financial incentives to buy or sell.”

HOW MANY VALUATION AND INSTRUCTION OPPORTUNITIES CAN WE FIND IN YOUR DATABASE?

Answer ten quick questions to find out what Return on Investment your marketing should be generating from your archive database. 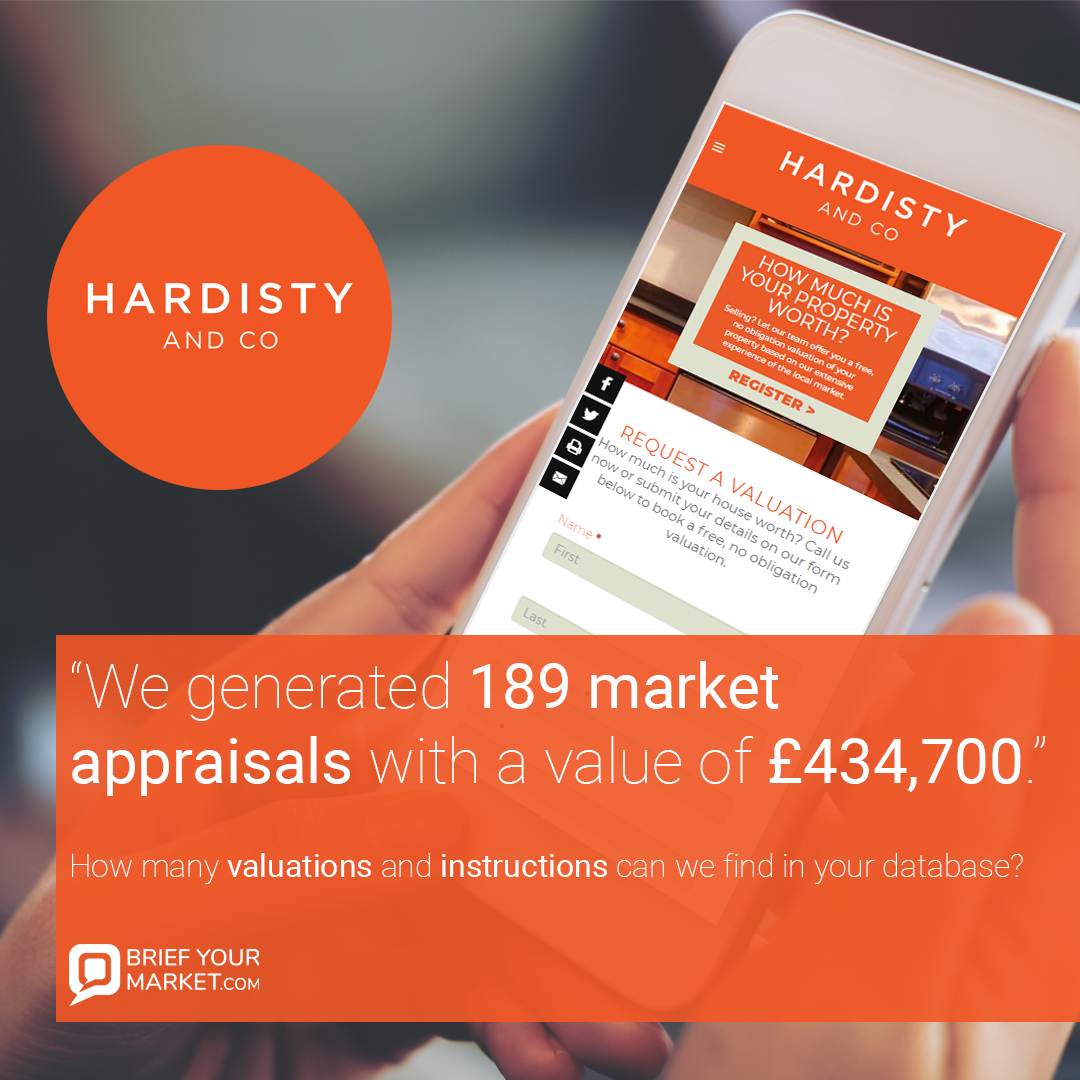